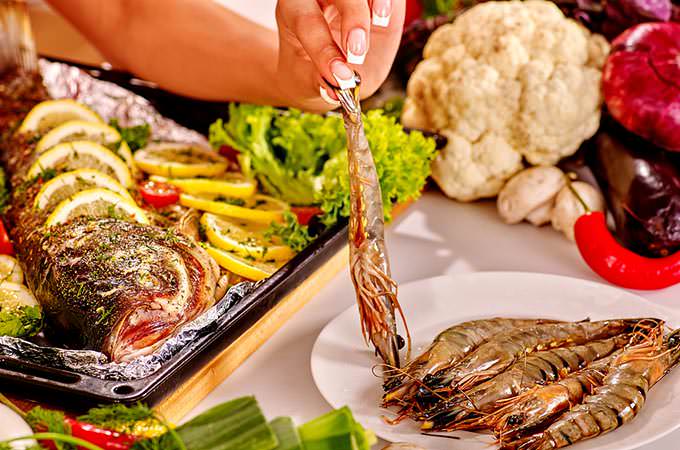 Not only is fish meat delicious, soft and healthy, it has extremely low calorie levels, it is packed with protein, while it also contains those vital poly-unsaturated omega-3 fatty acids.

Several recent studies have found that eating fish meat at least once a week can prevent some of the most serious illnesses us weak humans tend to develop, while it can also boost our overall health. Let’s see how exactly.

Last time we mentioned that fish can help in preservation of gray matter in our brains, but that is not all – eating fish can help fight off Attention Deficit Hyperactivity Disorder, or ADHD, in kids.

Introducing fish to your diet can apparently fight off depression. Omega-3 fatty acids found in fish meat are said to can increase the overall effect of prescription antidepressant medication.

Also, one study confirmed that taking omega-3s capsules during pregnancy can significantly reduce the women’s risk of postpartum depression.

One of the healthiest and richest sources of vitamin D is definitely saltwater fish. Eating fish regularly can actually prevent numerous diseases, it can also increase bone health, while it can prevent cognitive decline as well, since it is a true brain food.