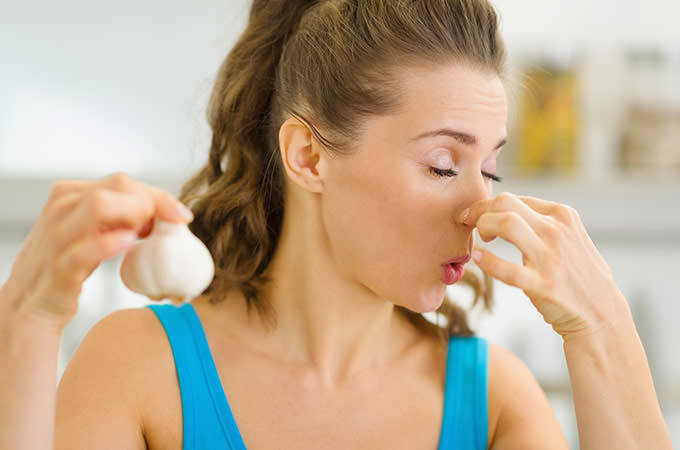 For anyone trying hard to fight body odor with deodorants, perfumes and other various scented cosmetic products, look no further than your kitchen.

Foods that we eat on a regular basis can increase B.O. and lead to uncomfortable situations.

As you’ll see from our list, it’s truly the everyday foods that can make us smell bad, rather than some exotic dishes with strange spices that probably most people think of when we talk about “smelly” foods.

These everyday foods include some of the healthiest foods on the planet that should, by all means, be consumed regularly, but the health benefits they bring definitely come at a cost!

Notwithstanding the fact that some of these foods are rather healthy and should not be avoided due to their “side effects”, they nevertheless make us smell bad and we don’t like them for it!

Some very healthy foods have found their way onto our list simply because their strong ingredients can cause foul smells for anybody who eats them. Garlic is a super healthy vegetable that fights off congestion, viruses, bacteria, and a host of other culprits responsible for a weak immune system and frequent trips to the doctor’s.

However, garlic is at the very top of this list for a good reason! It comes with ingredients that smell so strongly that eating it results in bad breath, for starters. Those ingredients also produce sulfurous gases which when digested and absorbed into the blood stream get released through our lungs and pores, resulting in some very powerful body odor. 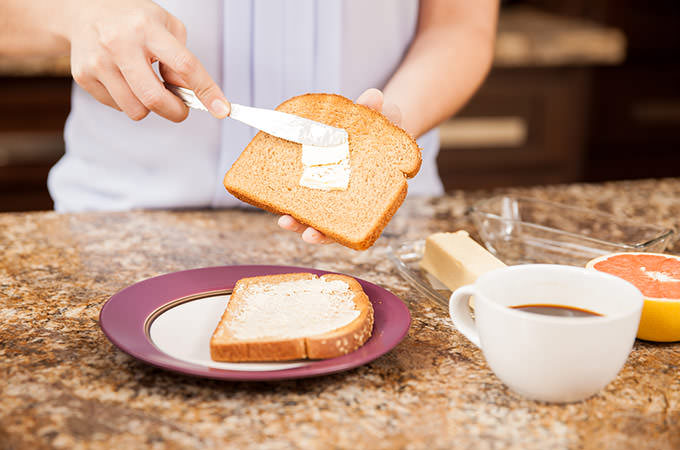 It will become evident as we go on that unhealthy foods are definitely to blame for smelling bad, but so are foods that are particularly low in fiber and are not in the least bit junk food, such as butter, oil, poultry, fish, yogurt, cheese, white rice, and white breads.

The reason behind low-fiber foods causing bad body odor is quite simple. Fiber aids in digestion and foods that don’t contain enough fiber lead to residual foods being stuck in the intestines, which in turns leads to gas and belching.

A diet that contains a reasonable amount of fiber will eliminate this problem, make you feel full and energized without bringing you down or causing funny smells coming from your body. 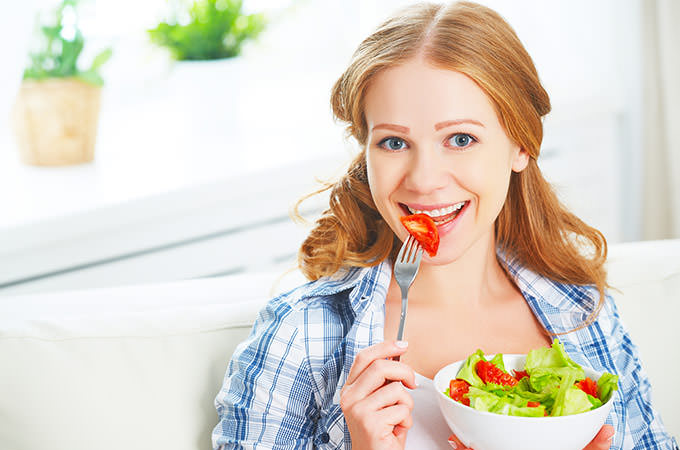 Balance is key when it comes to fiber as too much fiber isn’t going to eliminate body odor any more than a diet low in fiber will.

Foods that are loaded with fiber include fruits, vegetables, whole grains, beans and other legumes, and although they are some of the healthiest foods on the planet, too much of the good thing is in this case just as bad as going completely without it.

When foods rich in fiber are digested in the large intestine gases such as hydrogen, carbon dioxide and methane get freely released, too freely if you’re not alone, leading to flatulence and god-awful smells.

Eat foods high in fiber in moderation, and always remember they can lead to unpleasant gas, which can not only ruin a perfectly pleasant evening but can also impede your workout or another physical activity you have planned. 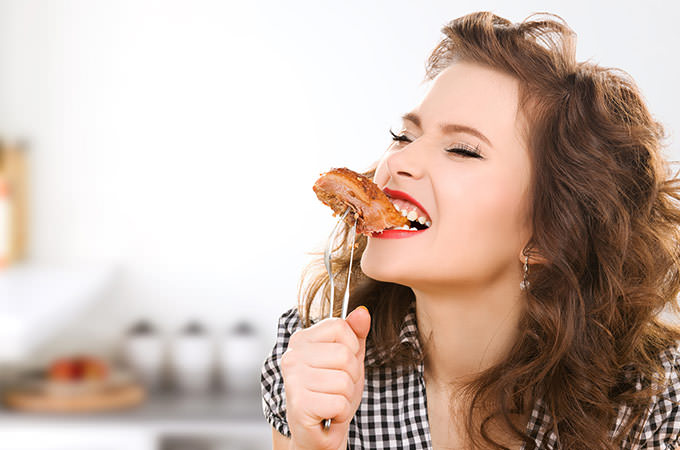 There will be plenty of foods that we present today that will probably shock some of our readers, but we’ve always been frank and that’s not going to change. To all our meat loving readers out there, red meat makes you reek!

Red meat is one of the foods that are particularly difficult to digest, and as a result they set up camp in your digestive tract for too long a time. When the undigested food starts to rot, it releases toxins and gases in the body that are ejected through flatulence. And not only that!

Toxins produced by rotten undigested food are also released through sweat with a heavier odor than usual, making you smell yucky and leading to uncomfortable situations. 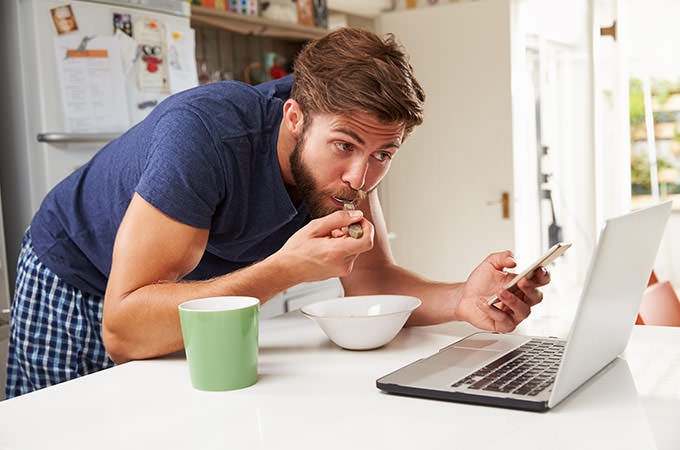 In order to get the most out of the foods you eat it is best to sit down, chew your food slowly and just eat it in peace.

Swallowing the food too quickly also leads to swallowing excessive and unnecessary amounts of air, which is later expelled from the body through flatulence and burping. No amount of perfume can mask this stench so in order to avoid rather embarrassing moments set up a decent amount of time that is necessary to consume your every meal.

Your body will not only thank you by not releasing smelly gas, but it will also be given a chance to function more properly, which translates into overall better health. 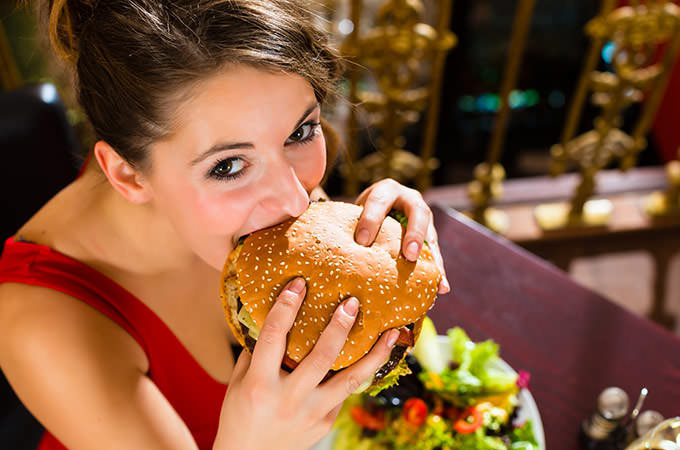 Here’s a no-brainer: junk or processed foods make you smell bad all over!

Foods that contain too many calories, foods that are “heavy” on the stomach, and foods that are difficult to digest stay in the intestines too long, start to decay, and produce foul-smelling gases that are released through flatulence, sweat, and bad breath.

When you throw into the equation refined sugar, hydrogenated oils, while flour and other processed ingredients that go into junk food, you can bet your life you will not smell like roses!

What we’re saying is that eating junk food is not good for you on so many levels, primarily in terms of your health, and it will also not get you too many dates either! 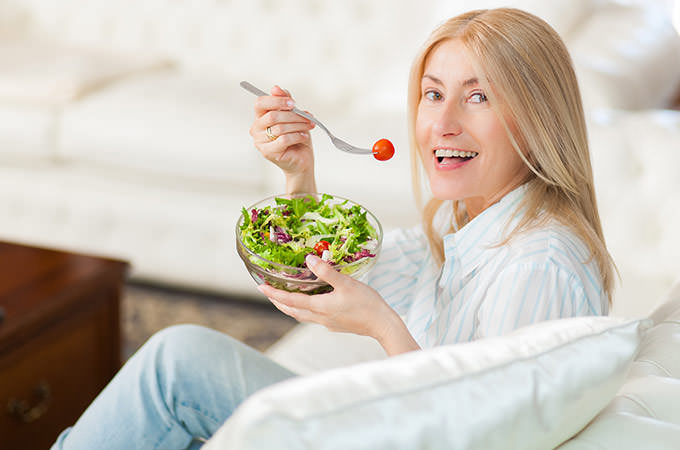 We’re not saying eat pizza all the time, but we are saying eat carbs on a regular basis to ensure good health, and, obviously, the absence of body odor.

Limiting your carb intake leads to the intake of more protein, which is what low carb diets propose.

More protein in your diet leads to burning more fat for energy, a process that releases ketones into the bloodstream.

As a result, you will experience foul-smelling breath that appears to have come out of nowhere. In order to combat this issue stick to eating a balanced diet that includes healthy carbohydrates, such as whole grains, bananas, and oatmeal. 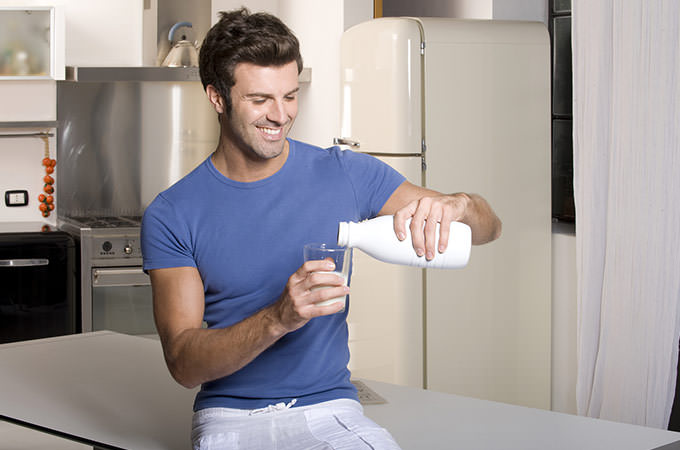 Dairy products should definitely be on everyone’s menu in moderation as they are rich in proteins that the body uses to create and strengthen muscle tissue, and for a host of other healthy functions.

However, there are definitely a few problems with dairy products. For instance, vegans eliminate them altogether to avoid foods that come from animals, lactose intolerance is an issue for many adults, and, the point we discuss today – dairy products can make you stink!

Dairy products primarily cause bad breath because they contain plenty of protein that when broken down by bacteria in the stomach turns into olatile sulfur compounds, like hydrogen sulfide and methyl mercaptan, which smell kind of nasty.

Include dairy in your diet to get a balanced amount of all the necessary nutrients, keeping in mind that following a milk-rich or yogurt-rich breakfast you need to do some “damage control” odor-wise. 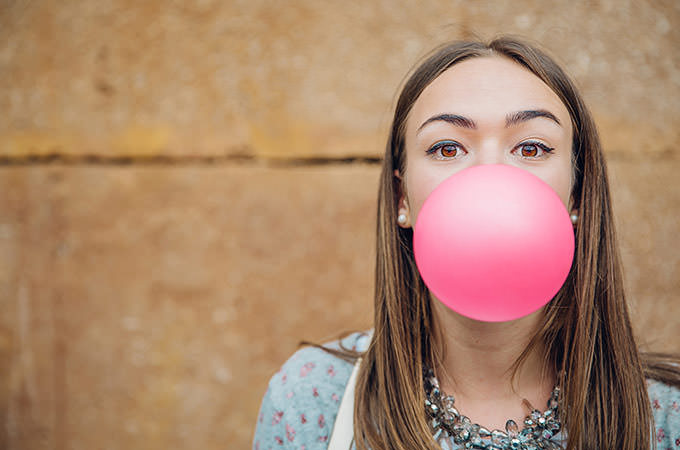 Chewing gum is a habit many of us have for different reasons, some of which include making our breath smell fresh. This is incredibly ironic because chewing gum makes us smell funky, especially the sugar-free kind.

The problem with chewing this sort of gum lies in the fact that the body doesn’t completely digest low calorie sweeteners and sugar substitutes found in gum.

When it’s time for bacteria to break it down in the intestines this process results in gas, which in turn gets ejected from the body through burping and flatulence.

Chewing gum is also a habit that many people have to pass the time, calm their nerves, and beat a nicotine addiction, but this malodorous side effect is not to be played down especially if one doesn’t have any good reason to be chewing gum, such as giving up smoking. 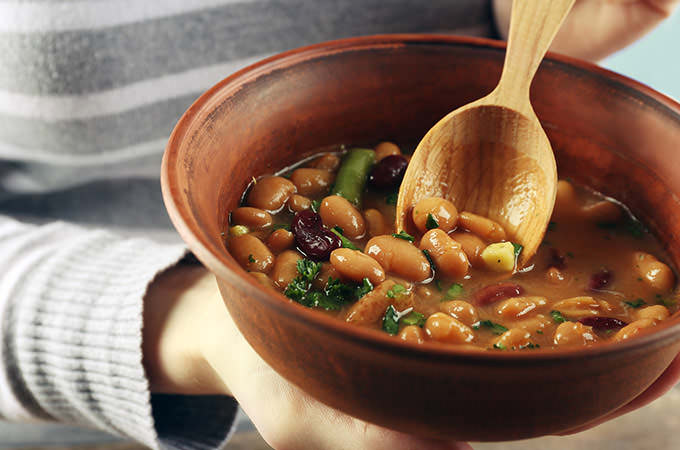 10. Beans and Other Legumes

Beans and other types of legumes, including lentils and peas, are immensely important as they are rich in proteins and provide the body with enough strength to set up its defense mechanisms against serious illnesses, such as Type 2 diabetes, cardiovascular problems, and some cancers.

Legumes are even used as part of the treatment for some of these diseases, and do wonders in terms of prevention. On the other hand, legumes, particularly beans, can cause some embarrassing gas and stinky smells coming out of your body.

This doesn’t mean beans should be off the table for good. It means eating beans and other legumes needs to be coupled with a low key night in or a lazy Sunday when getting out of bed and leaving the house to be with other people doesn’t seem appealing at all.

The problem with beans in particular comes from a sugar called oligosaccharide, which causes gas in the intestines, generating flatulence and burping.