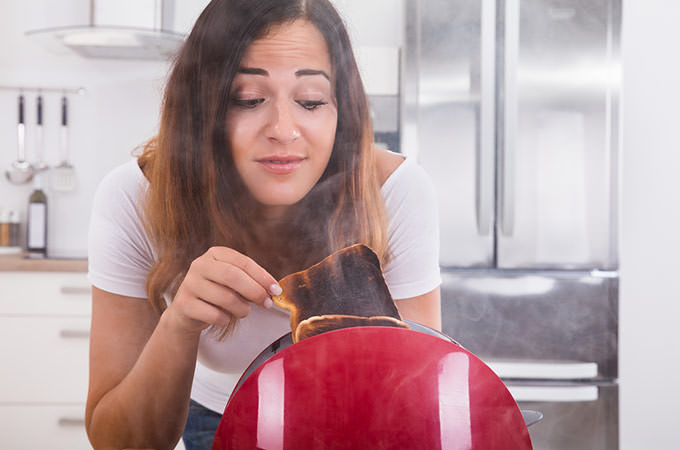 New research conducted in the UK suggests that you shouldn’t toast your bread, chips, and potatoes all the way through. The authorities say that you should go for the golden-yellow color instead of brown, in order to reduce the risk of cancer.

The research was conducted in animals and is still to be proven in humans, but the scientists suggest we should follow these orders just in case and point out the need for people to simply eat a more balanced, healthier diet.

The animal studies showed that it is a particular chemical known as acrylamide that contributes to cancer.

Acrylamide is produced when starchy foods are heated to high temperatures, generally above 250°F (120°C) via roasting, toasting, and frying.

This chemical gives these foods their characteristic brown color that is apparently capable of causing cancer.

Iflscience.com says that: “When acrylamide is consumed, it gets converted into something called glycidamide, which in turn can bind to DNA and induce mutations. In animal models, it has been found that the more acrylamide they consume, the higher the risk of cancer, and while this link has not been found in humans, it is assumed the same process occurs. Because of this, the UK’s Food Standards Agency (FSA) has recommended that people should consume lower amounts of the chemical.”

Steve Wearne from the FSA warns that the majority of people are still not aware that acrylamide exists, or that they might be able to reduce their personal intake.

“We want our ‘Go for Gold’ campaign to highlight the issue so that consumers know how to make the small changes that may reduce their acrylamide consumption whilst still eating plenty of starchy carbohydrates and vegetables as recommended in government healthy eating advice,” says Wearne.

Their “Go for Gold” campaign suggests we can reduce acrylamide intake by cooking our potatoes and bread to be a light golden color rather than a deep brown.