Home > Nutrition > The Venison Era: Why Is This Healthy Meat Taking Over The Scene? 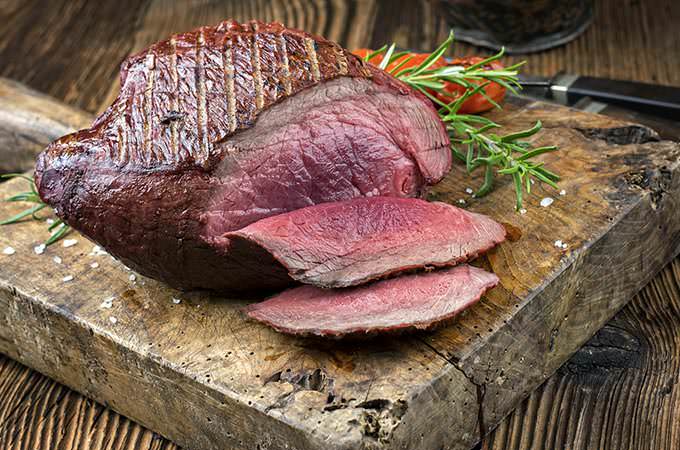 The food game is a surprising game indeed, filled with unexpected twists, turns, and tastes. Not only is 2016 looking pretty good for the culinary arts, it is already bringing new trends onto our plates. Venison, one of the most respected and beloved meats in many different cuisines, is taking the world by a healthy storm.

Just a couple of years ago, you could still hear excuses such as “it’s too cute to be eaten,” and “too intimidating to cook” for not preparing this healthy meat. Alas, 2016 is changing things pretty fast.

Sales reports state that venison retail sales soared by a whopping 400% in 2015 alone! The exciting new meat market is causing a huge increase in deer farms, as well, in order to keep up with demands.

But how did this unexpected turn in the cooking game happen at all?

It’s not like no one ever ate venison, and that its distinctive, delicious taste and its healthy stats were a complete secret to the human kind!

Well, the health craze that is still gripping tightly to foodies all over the planet has spread the word of venison unmistakable quality, and more and more people are deciding to quit their shameful ways of being afraid of venison. It is, without any doubt, really tricky to cook, but if someone who knows what they’re doing gives you a few tips, you could get the hang of it relatively quickly. There’s no place for fear in the world of cuisine!

Venison is healthier than other meats, due to the huge amounts of vitamin B2 and iron it consists of, as well as its low calorie level. Naturally low in fat, high in protein, rich in minerals, and distinctive in taste, venison is an amazing alternative to other red meats. With its more frequent “special guest” appearance in restaurants all around Europe, venison quickly spread to other subcultures of eating establishments, including even street-food vendors.