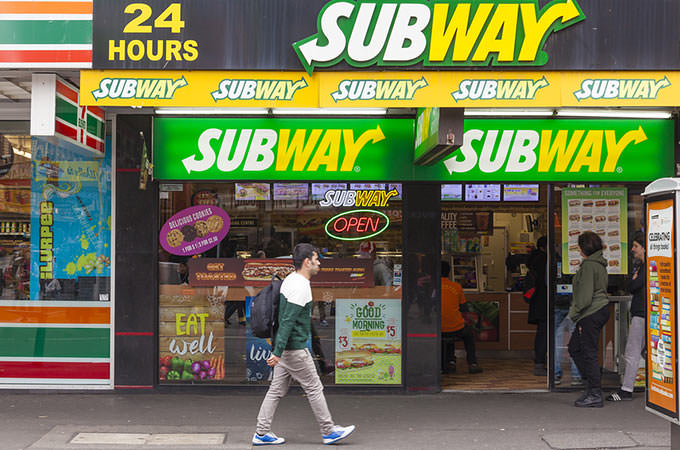 Jokes aside, it appears that Subway’s restaurant chain is trying to steal from us, chicken meat lovers. Namely, there has been a DNA research carried out on a number of popular chain restaurants in Canada recently, and some of the results aren’t exactly to our taste.

As ifuckinglikescience.com reposts, the investigation was conducted by CBC Marketplace and a researcher Matt Harnden at Trent University’s Wildlife Forensic DNA Laboratory.

They decided to test the chicken in sandwiches and wraps from five restaurants in Peterborough, Ontario, and they came across some rather fishy results.

Among other findings, they realized that “Oven Roasted Chicken Sandwich” and the “Sweet Onion Chicken Teriyaki strips” from SUBWAY contained only 53.6% and 42.8% chicken DNA, respectively.

Some of the other Harnden’s findings include:

So, What’s The Non-Chicken DNA In The Samples Then?

As you would assume, a chunk of pure chicken meat should contain 100% chicken DNA. Processed chicken meat, on the other hand, typically has a bit lower percentage, but it should still be quite close to 100%.

Aside from the addition of seasoning and marinating, some restaurant chains apparently think it is ok to “beef up” their meat with fillers such as soy or water.

We find out that Subway Canada later disagreed with the abovementioned results saying the figures aren’t actually that high, and replied to CBC Marketplace saying they will further “investigate their supply chain in light of these findings.”

We’ll see if they chicken out in the end.