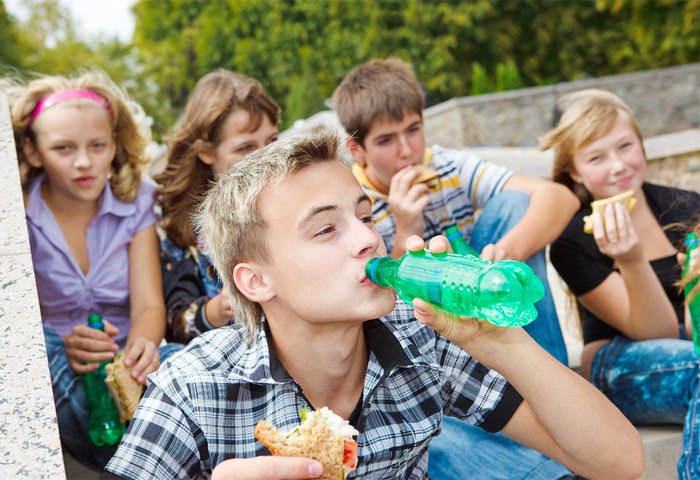 Photo credit: Bigstock
The marketing programs for energy drinks are targeted to the youth and young adults with the appeal of providing fast and temporary benefits of physical energy, enhanced mental capacity, improved mood and increased alertness.

Along with energy products like Red Bull, which claims to give wings, more and more research is linking energy drinks to mental health problems and substance abuse problems among teens.

How many teens are drinking energy drinks?

Public health researchers claim that there is an alarming rate of growing popularity with drinking energy drinks among teens.

Researchers claim that two-thirds of high school students drink these beverages. The most popular include Red Bull, Monster and 5 Hour Energy. The heavy use among young people has fueled this once small niche to a burgeoning industry. Energy drink sales are over $20 billion just in the United States alone.

A recent study completed by researchers at the University of Waterloo has found a strong link between teen depression and energy drinks.

This study’s findings were based on a Student Drug Use Survey, which surveyed more than 8,000 high school students in Canada. Although the reasons why are unclear, it was found that students who consume these beverages are more apt to experience depression.

Since the FDA categorizes energy drinks as nutritional supplements, these drinks get a pass for containing more than 71 mg of caffeine per 12 ounces.

This high level of caffeine can pose problems for those young adults with mood disorders and a propensity for substance abuse.

There have also been cases where young adults have consumed energy drinks with near fatal results.

Energy drinks high in caffeine increase the chance of a fatal heart attack; it actually changes the way the heart beats. The heart chamber pumps much harder after consuming an energy drink.

Due to the negative effects of excessive caffeine consumption along with negative behaviors in teens, researchers and health officials are calling for change.

Steps need to be taken to increase public awareness through education, and teens should have limited access to energy drinks.

However, these changes will not eliminate the problem entirely but will definitely help mitigate harm to teens who drink these energy drinks. Change takes time, and it will be an uphill battle fighting a $20 billion industry. Many experts feel that the government and FDA need to get involved.