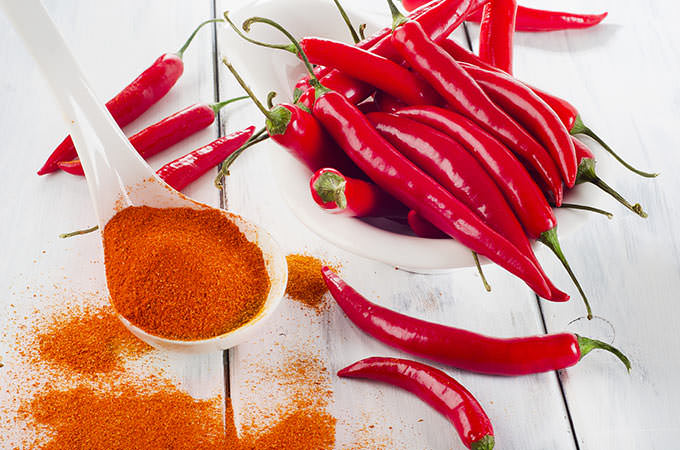 Almost every meal imaginable now has a spicy alter-ego, which makes mealtime more fun than ever! Spicy foods/ingredients are being included in many recipes worldwide, in their various shapes, tastes, and sizes from chili peppers to cinnamon sticks.

But their amazing taste array and versatility isn’t the only reason why you should implement some spicy food in your diet at least every now and then. These magical and fan-favorite nature’s hot treats offer us a bunch of health benefits.

They Help You Out In Your Diet

Numerous tests have shown that people consume up to 75% less calories after eating something spicy, particularly after red chili peppers.

When compared to eating bland food, which triggers our desire for salty, fatty, and sweet foods, consuming the pepper’s chemicals called capsaicinoids reduces our cravings for those unhealthy options. But that’s not all!

Those same chemicals also signal receptors, when they reach our gut, to increase the number and activity of the body’s “brown fat” cells, which burn calories faster.

They Make It Easier To Breathe

Spicy foods, turmeric especially, have been used for countless years to treat respiratory problems or to just “clean up” a person’s breathing system. But some recent studies have found that spicy foods also protect the lungs from irritants, pollutants, and infectious agents in the air. This counts for exhaust, cigarette smoker, dust, and even viruses.

They Reduce The Damage Of High-Fat Meals

Not only does spicy food make every meal taste better, but it can also reduce the damage of meat that has high concentration of fat in the same time. Spices are high in antioxidants that improve insulin sensitivity and triglyceride levels. So next time you’re about to eat a whole plate of something you shouldn’t be eating, just mix it up with some spices.

They Cut Down Carcinogens In BBQs

We all know that barbecuing and grilling at temperatures above 375 degrees leads to the formation of toxins linked to stomach, colorectal, lung, pancreatic, prostate, and breast cancers. However, some studies have shown that marinating or dry-rubbing the meat you’re planning on grilling with spices can reduce the risk for 20%.