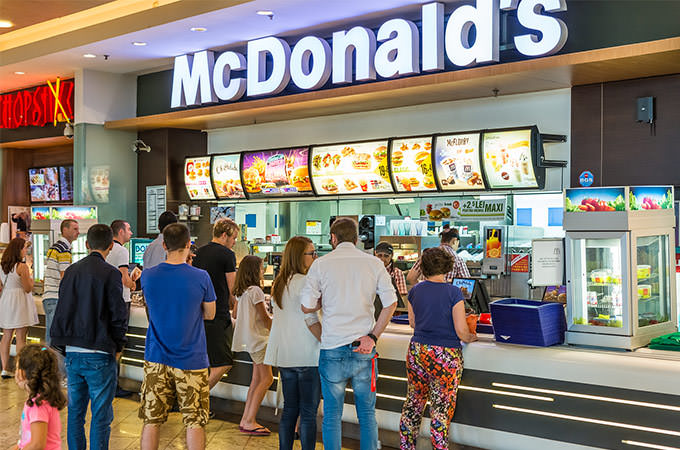 McDonald’s has definitely been in the news a lot lately. From their burgers beating the chicken sandwich in annual sales for 2014 to launching a fashion line in Sweden, McDonald’s is certainly working hard on its aggressive marketing campaigns.

In the latest news from the corporation, it has been announced that the company will be raising the wages by one dollar for 90,000 of its workers, following the announcement of another employee strike for higher wages.

McDonald’s will also award its employees who have been with the company for over a year with five days of paid vacation time per year.

McDonald’s employees still remain one of the least paid on the job market in the U.S.

Keeping in mind how generally unhealthy McDonald’s food is and the fact that healthy food doesn’t have to cost an arm and a leg, it is sometimes rather peculiar that McDonald’s still remains as popular as it has been in the past few decades. In addition to promoting and selling unhealthy food, McDonald’s has also made headlines more than once regarding the mistreatment of its employees.

Not only are they paid less than what it costs to cover the basic living expenses, but the corporation once went as far as to say their workers should get another job to make ends meet. It seems that we are all creatures of habit and despite our knowledge of how McDonald’s does business, we keep going back for more, supporting their antibiotic—filled foods and exploitation of their employees.

Last year, McDonald’s made $5.6 billion globally. Its workers agree that the current raise isn’t enough to make a real difference. Workers from various fast food chains are going on a world-wide protest on April 15.