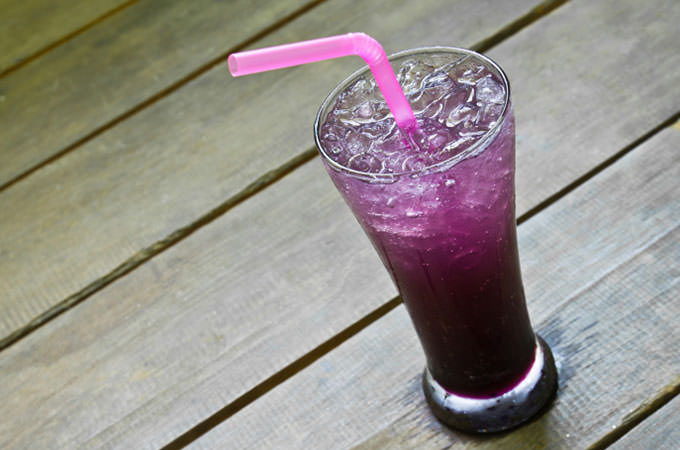 Codeine, promethazine, some clear soda, maybe add a Jolly Rancher, put it all together and you get Purple Drank, the liquid drug that rappers sing, drink, and occasionally die for.

A clear favorite at rap concerts, this liquid drug has been causing quite a stir, as the numbing effects of the codeine and promethazine lull drinkers into a lethargic state that blinds them to the reality of what is happening to them, leading to overdose without ever realizing that something is wrong.

The list of artists who have succumbed to an overdose on this drug includes Pimp C, who died from drinking too much, Lil Wayne, who has had multiple hospital visits from the Drank, all the way to the hip-hop mistake known as Justin Bieber.

In an effort to stem the tide of negative press, Actavis, the makers of the prescription promethazine codeine that has been such a huge hit with hip-hop artists, announced they would be pulling their stock from the markets.

The founder of Actabliss, who refers to himself as the Actaboss, decided that instead of completely yanking the product, he would create a Purple Drank alternative. Enter Syzurp, a medicinal drink that swaps the promethazine codeine for infused THC and cannabinoids, while still giving that thick, syrup-induced euphoria that purportedly lasts 10 hours.

“After Actavis said they were pulling their stuff from the market, I came up with the concept of taking their label and using it,” Actaboss said. “I touted it as a healthy alternative to lean. A lot of people who say they want to stop drinking lean are purchasing it. A whole group of people realize its good medicine and it works for them.”

So Now it’s a Thing

Actabliss, which is based in San Diego, California, started distributing free samples on April 20th, or 4/20, which is the international “Weed Appreciation Day”. But why is this marijuana-infused drink any better?

Well, for one it doesn’t come along with the same list of side effects. “We’ve seen patients who take enough of the medication to have side effects similar to LSD trips with extreme mood swings, hallucinations, paranoia and very risky behavior,” Dr. Deni Carise, a clinical psychologist specializing in addiction and the deputy chief clinical officer at CRC Health Group, told the NY Daily News.

“In extreme cases this has led to psychotic-like experiences that endanger the user and those around him or her.” None of that with this THC drink, which the Actaboss describes as “sedated and relaxing.”