Home > Nutrition > Ancient And Awesome: What’s The Deal With Matcha? 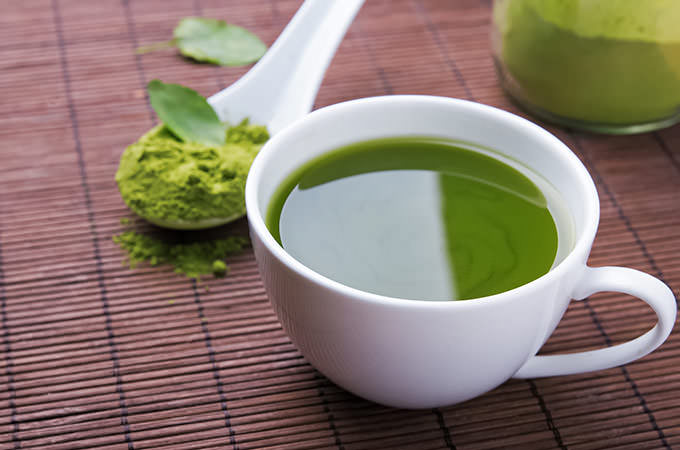 We’ve been hearing a lot about matcha recently, and our inner skeptics are probably not impressed. “Another new quick fix, that cures everything and makes you live 300 years?,” just admit it, we’ve all reacted the same way.

However, it may surprise you to know that matcha has been around for centuries! And no wonder, since its health benefits are enough to make any grown doctor cry from joy.

What Is Matcha, Anyway?

Matcha is a powder, traditionally used as a ceremonial Japanese tea. Tea powder? That doesn’t sound particularly delicious, but in fact it is.

And not only is matcha tasty, but it’s jam-packed with healthy substances and it grants you a tone of long-lasting benefits that have been fundamentally important in Asia from the dawn of time.

Eisai, a Japanese Buddhist monk, spent some time in China, and on his way back he brought with him green tea and the knowledge of how to grind its leaves (coming from Camelia sinensis) to make a powder.

That powder is known as matcha, and it brought many meditative and medicinal benefits to Eisai so he figured he should spread the word.

Before the grinding, however, comes the tricky part. Pre-harvest intensifies the concentrations of theanine and catechins in the leaves, and it’s a really important step in preparing match. Then, the leaves are picked, air-dried and stone ground into the bright green powder we recognize today as matcha.

When used for making ceremonial tea, matcha is blended with hot water by using a bamboo stick. The tea calms, focuses, and boosts mental alertness while also reducing cancer risks, coronary artery diseases, and many other conditions.

Matcha can be found almost everywhere, in many different shapes and forms. As people have grown to be accustomed to many choices and variations of those choices, matcha’s amazing bending abilities proved that it really does stand the test of time. It’s no longer confined to chawan, a Japanese drinking bowl. Instead, you can find it in smoothies, lattes, and all kinds of liquids and even meals.