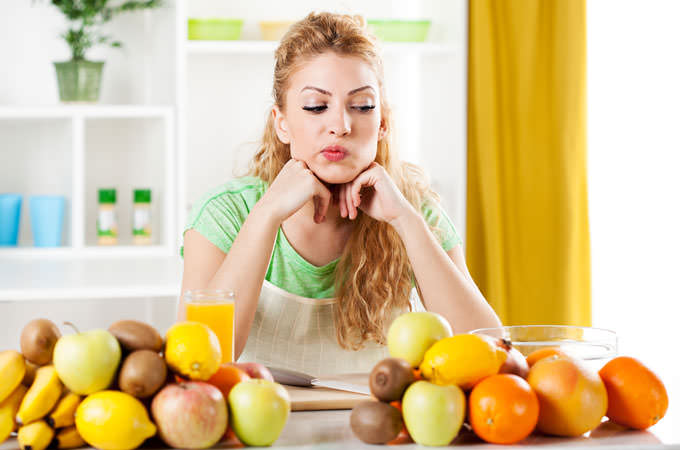 It appears that the more we know about the healthy eating, the more confused we get. Low-fat, sugar-free, all natural, wholegrain/multigrain — what’s the deal?

We all want to be healthy and eat healthy food, and the hungry consumers often fall for convincing advertising and fancy packaging. In fact, 8 out of 10 people are influenced by healthy food products and have made some effort to eat healthier at some point in their lives.

But with so many options, it is difficult to tell what’s actually good for you and what’s just a myth. Here are 15 popular misconceptions about healthy food uncloaked by famous nutritionists.

1. We should all stock up on Superfoods

The whole web is teeming with articles on how blueberries, kale, brussel sprouts, chia seeds, acai, goji berries, and so on, are powerful superfoods which are so healthy and nutritious that we should all stock up them this instant and we’re good for life.

But is this really true? Are blueberries and kale so much better than apples, spinach or other vegetables and fruits?

Not really, according to Reza Poureslami, a nutritionist and technical manager at Kerry Ingredients, “the whole point is other regular non-sexy fruits and vegetables also have benefits to them. There’s no such thing as a superfood. Different foods offer different benefits so it’s not like you can eat tons of kale and think you’re healthy. There has got to be variety – you can’t bank your health on one particular superfood,” says Reza. 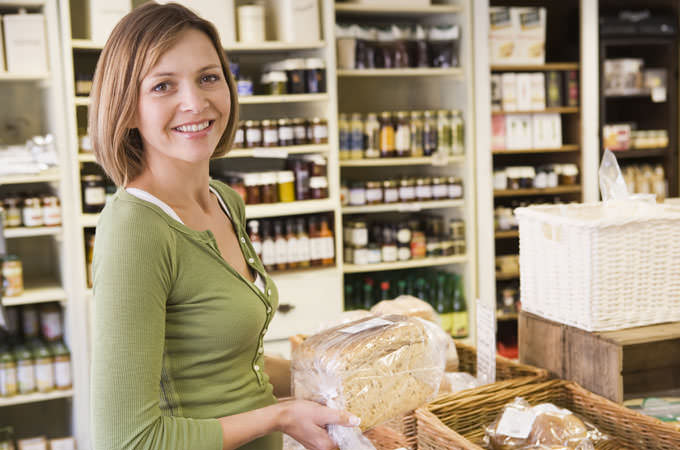 2. Multigrain is the same as Wholegrain

Ok, this is where shopping for bread at the grocery store gets serious.

While wholegrain includes the outer skin of the kernel (the bran), the vitamin-packed, protein and fat-rich sprout (or the germ), and the endosperm packed with minerals and carbohydrates.

According to nutritionists, wholegrain is what consumers should be looking for. “Multigrain doesn’t always mean whole grain, which is what you want because it includes all three parts of the grain that work together for a health benefit.” According to Reza, multigrain products could also include processed ingredients stripped of the bran and germ. 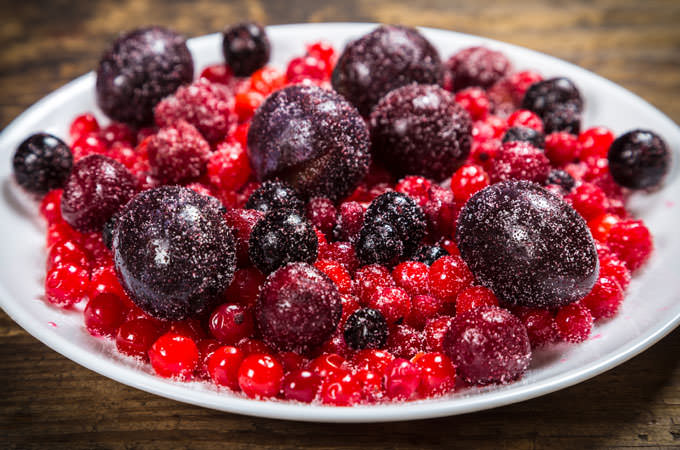 3. Fruits lose their Nutrients when Frozen

Many people think that frozen fruits and vegetables aren’t as good as fresh, and that is simply not true.

Sure, every time you can get your hands on fresh fare when it’s in season, by all means go for it, but the frozen ones are actually just as good.

If it is harvested and frozen at peak ripeness, all the nutrients are locked in safely, and later released upon defrosting.

However, Reza recommends that consumers should choose the frozen fruits and vegetables which come without added sauces and seasonings. After all, all fruits and veggies, whether fresh, frozen or canned, fall under the fruits & veggies group. 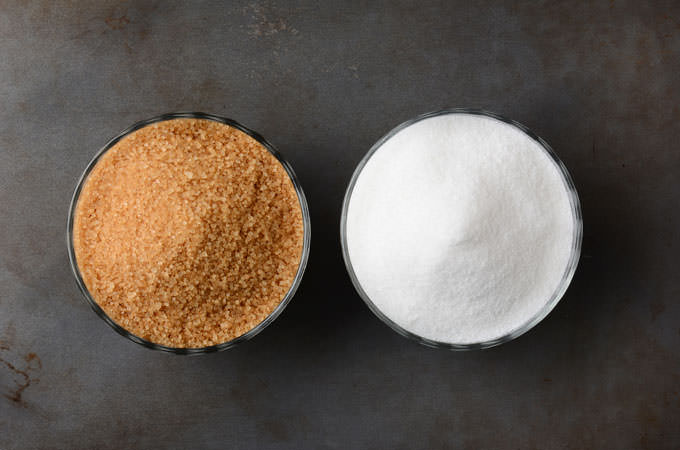 4. Brown Sugar is so much better than Regular Sugar

Reza says that if it is sweet and delicious, and if it is sugar in its core, your body will treat both of them the same. “They’re all the same and your body treats them the same,” the nutritionist explained to Global News.

The World Health Organization recommends that sugar intake should be just 5% of your total intake of calories, which is roughly around 25-30 grams of sugar on a daily basis. This includes sources such as table sugar, honey, syrups and fruit concentrates.

“Spoon for spoon, they all count as added sugar, and contain the same amount of calories,” Reza said. 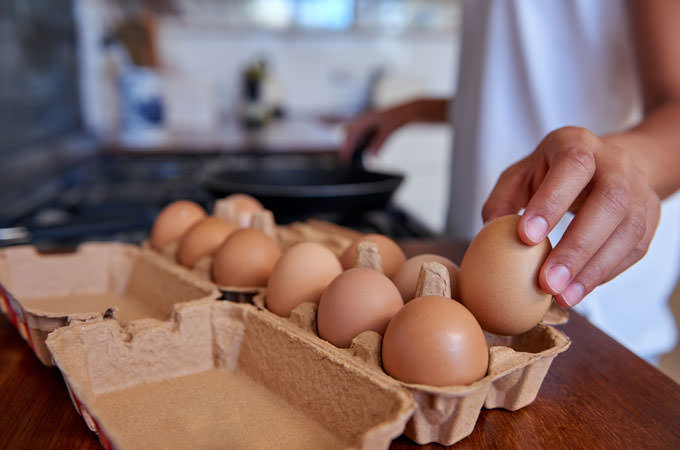 5. Eggs are Bad for your Heart

Eggs yolks do contain a fairly substantial amount of cholesterol, about 211 milligrams per large egg, and we all know cholesterol is the main culprit when it comes to clogged arteries and heart attacks.

However, we cannot simply label eggs as “bad for your heart” and completely cut them out from our diet.

According to Penny Kris-Etherton, Ph.D., R.D., a distinguished professor of nutrition at Penn State University, recent epidemiologic studies show that “most healthy people can eat an egg a day without problems.”

Kris-Etherton notes that the main heart-disease culprits are actually “saturated and trans fats, which have much greater impact on raising blood cholesterol.” 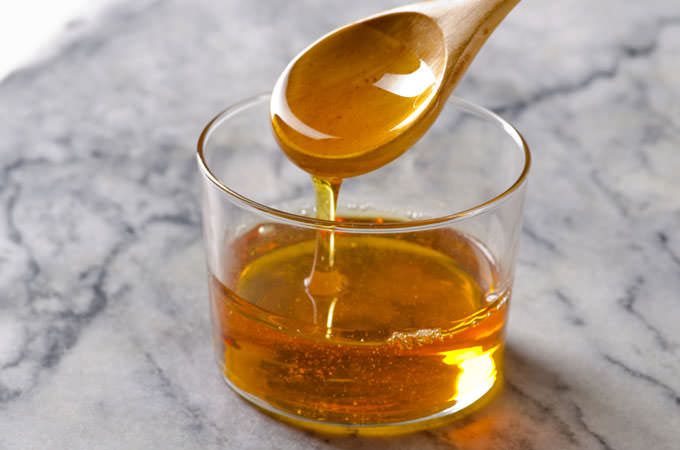 6. Corn Syrup is Worse for you than Sugar

This one goes to those who feel better when they fill their shopping carts with products labeled No HFCS (high-fructose corn syrup).

Actually the idea that high-fructose corn syrup is much worse for you than regular sugar is “one of those urban myths that sounds right but is basically wrong,” according to the Washington-based nutrition and health advocacy group Center for Science in the Public Interest.

As high-fructose corn syrup was designed to mimic the regular table sugar, its composition is basically identical to sucrose’s. In further studies they compared the effects of HFCS with other sweeteners, and found that HFCS and sucrose have very similar effects on blood levels of insulin, glucose, triglycerides and satiety hormones. 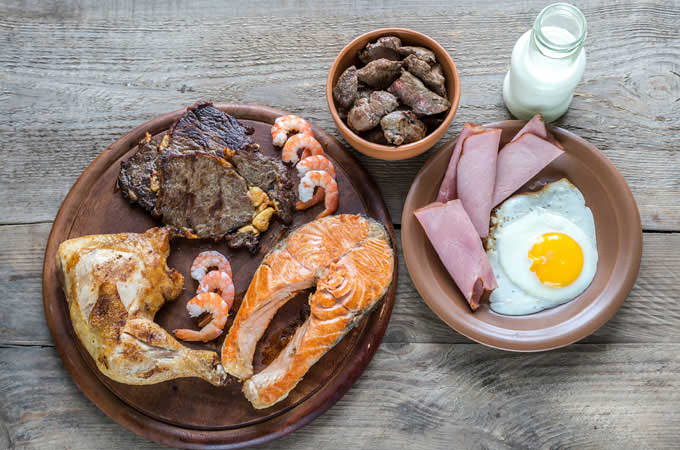 7. We Need to Eat more Protein

Due to this popular misconception the average American consumes more than twice the Recommended Dietary Allowance (RDA) of protein.

The worst part is that we mostly get it from animal products, and animal-based proteins have been shown to promote faster growth of cancer cells, and have also been linked to heart diseases, diabetes, Alzheimer’s disease, and kidney stones.

Actually, plant-based diet can provide exactly what’s recommended in terms of protein requirements. Also, unlike proteins found in animal, plant proteins (from whole foods) can in fact prevent cancer and many of the fatal modern-day diseases we suffer from today.

Plant-based proteins are apparently the way to go! 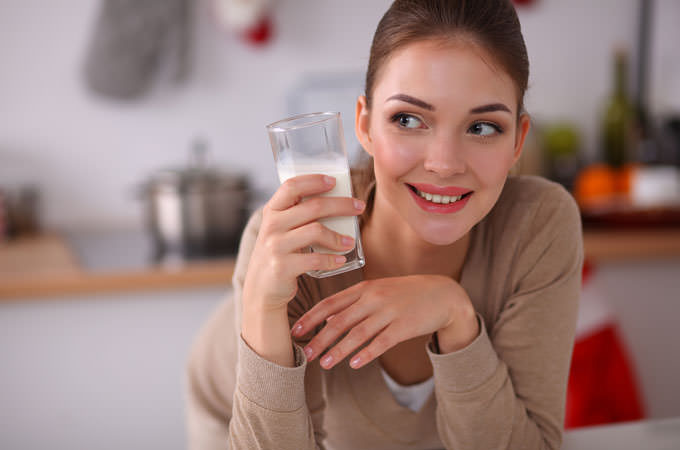 8. If we Drink Milk, we’ll have Stronger Bones

Decades of catchy advertising slogans are responsible for the fact that a vast majority of people thinks that by consuming as many dairy products as possible, they will increase their levels of calcium, secure strong bones, and prevent osteoporosis (low bone density).

The reality is actually completely different, as new studies have found that dairy products may in fact increase the risk of fractures related to osteoporosis.

Cow’s milk in particular, contains significant levels of female hormones, antibiotics, pesticides, saturated fat, and cholesterol. This is why dairy has lately been linked with prostate, ovarian, and uterine cancer, as well as some heart diseases. 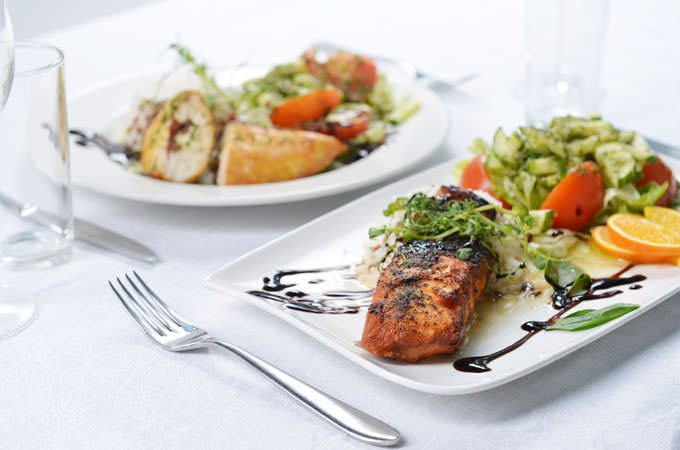 Chicken and turkey often contain antibiotics, pesticides, and fecal contaminants, and have actually been linked with salmonella, staph, and other infectious diseases.

As far as fish is concerned, almost all fish contain mercury, which can cause neurologic and cognitive problems, while some species also contain polychlorinated biphenyls (PCBs), a toxin closely associated with cancer

The safe side is eating plant foods in order to get your healthy protein, as they don’t come armed with cholesterol and high levels of saturated fat. 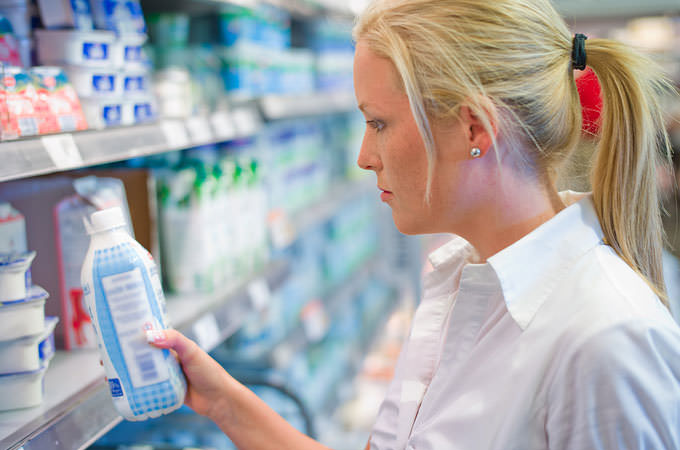 Reza says that fat has been highly demonized over the years, and that nowadays grocery stores are lined with nothing but fat-free products, which is exactly why have to ponder – if the fat is missing, what’s it being replaced with?

Nutritionists warn that in most cases the fat is being swapped with sugary carbohydrates, which is not exactly an all-healthy substitute.

Reza reminds us that “we need fat in our bodies” and along with proteins, it leaves us feeling satiated until our next meal. Again, try reaching for fat in whole food sources instead in processed products. Cook with canola oil and olive oil, and sauté vegetables in a bit of butter and don’t hesitate to eat fatty fish like salmon, as they are all sources of healthy fats. 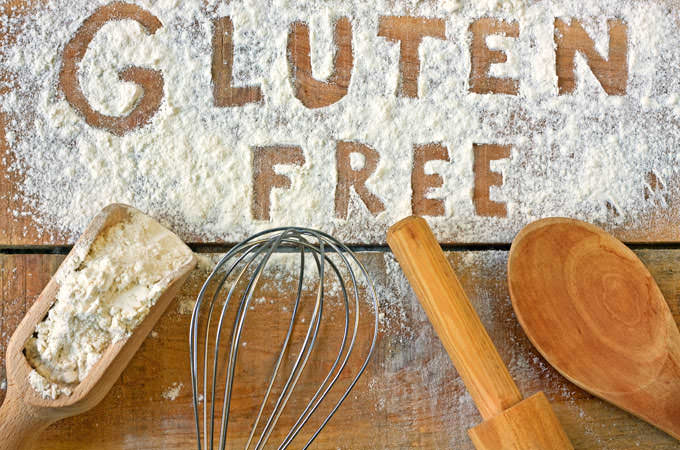 It is normal that some people go for the gluten-free lifestyle as it helps them with their gluten insensitivities. However, there is always a group of people who boast that gluten-free diet actually helped them lose much weight.

The thing is that gluten-free diets are meant to help people with Celiac disease who can’t process the gluten found wheat, barley and rye, thus they swap it out for flours made with rice, soy, potatoes, etc.

Pastries, bread and other similar products are thought to be gluten-free, but Reza claims that if people on a gluten-free diet are losing weight, it has nothing to do with the product themselves, but with the fact that they are cutting down on processed goods. 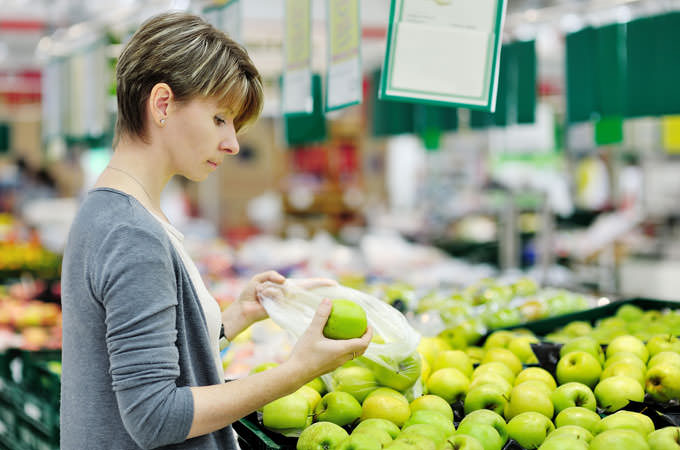 12. I don’t have enough Money to Eat Healthy

Majority of consumers think they need to shop at a gourmet health food store in order to find healthy, nutritious foods, but the reality is much simpler and eating healthy is not as expensive as you might think.

Some of the healthiest foods out there are actually quite cheap and they are available at most grocery stores or local farmers’ markets. Beans, lentils, brown rice, and frozen vegetables are usually quite affordable, especially when bought dried and in bulk.

Nutritionists remind us that even though organic fruits and vegetables cost more, they are an investment on the long run. What you think you are saving now, you may end up spending later on pharmacy co-payments and medical bills. 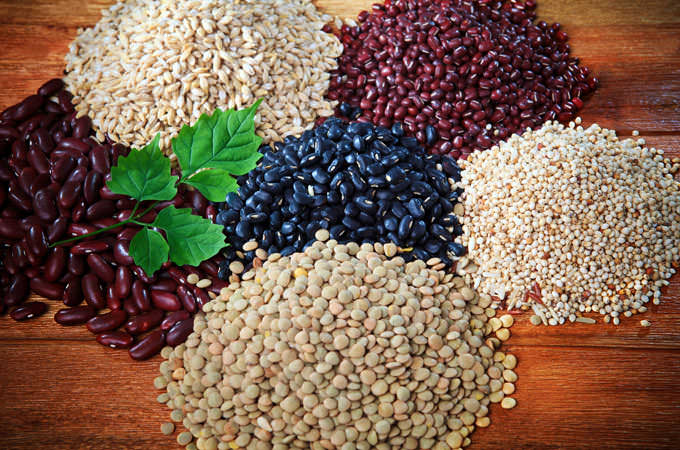 Contrary to popular beliefs and theories of the low-carb and no carb diet tactics, there’s actually nothing inherently fattening about carbohydrates, according to Jean Harvey-Berino, Ph.D., R.D., chair of the Nutrition and Food Sciences Department at the University of Vermont.

“It’s eating too many calories that makes you fat. Period,” says Jean.

She also says that loading up on sugary and refined-carbohydrate-rich foods, such as white bread, pasta and doughnuts, does raise your risk of developing heart diseases and diabetes, but if you also cut out the good-carbs such as whole grains, beans, fruits and vegetables, your body is missing out on some main sources of fuel and vital nutrients and fiber. 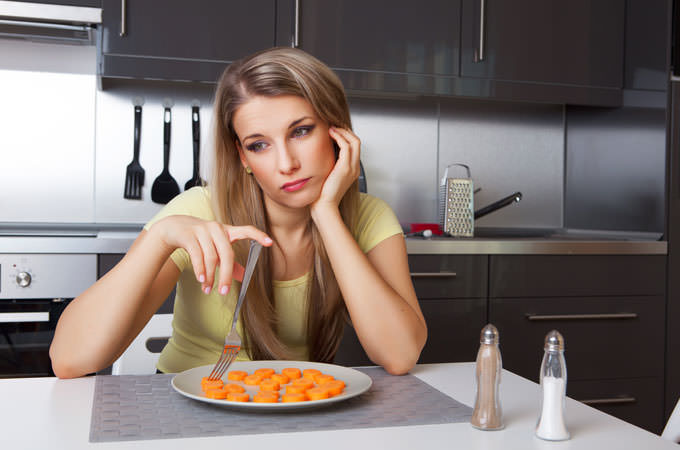 Raw foods are indeed healthy, no question about it, but claiming that they can boost your digestion just doesn’t make much sense.

“Raw foods are unprocessed so nothing’s taken away; you don’t get the nutrient losses that come with cooking,” says Brenda Davis, R.D.

“But the claim by some raw-food advocates that eating raw boosts digestion by preserving vital plant enzymes just doesn’t hold water. Those enzymes are made for the survival of plants. For human health, they are not essential. Plant enzymes do reach the small intestine intact, but their overall contribution to human digestion appears minimal,” Davis adds. 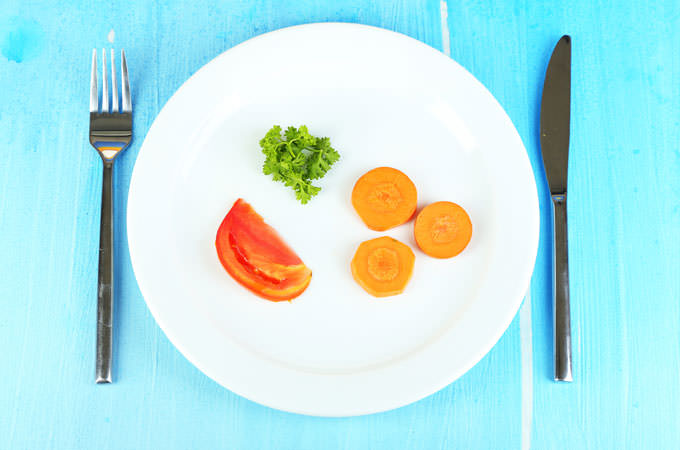 One of the biggest misconceptions out there is definitely that grazing on mini meals throughout the day keeps your metabolism stoked, thus helping you control your weight better than eating fewer, larger meals.

Our metabolisms actually do speed up each time we eat, as our bodies start to process the food we have consumed.

By having many small meals throughout the day, we rev up our metabolism more often and consequently burn a few more calories.

However, according to John Foreyt, the director of the Behavioral Medicine Research Center at Baylor College of Medicine in Houston, this difference is minimal.

“The calorie difference is so small it doesn’t add up to a hill of beans,” says Foreyt. “Each meal is an opportunity to lose control, so the bottom line is to choose the eating pattern that works best for you.”