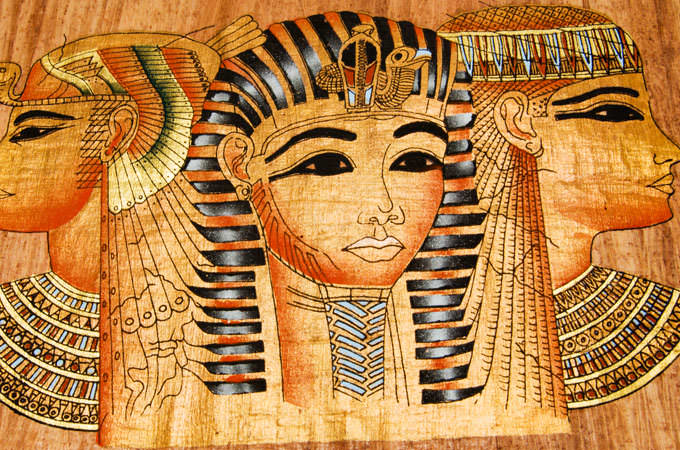 Important historical figures were people too, and as such they naturally had things they enjoyed more than others – colors, music and of course, food. When it comes to 15 favorite dishes of famous people throughout history, some choices may even surprise you. Who said that “foodie” was a new age term?!

Cleopatra could charm you straight to hell and back, and one of main tools for achieving that was organizing amazing dinner parties.

The Egyptian cuisine was a mixture of Mediterranean and Arab diet, which means that the meals were based around meat and fish, with the heavy usage of extra-virgin olive oil, light cheeses, vegetables, legumes, grains, aromatic herbs.

One of history’s most famous Queens enjoyed stuffed pigeon accompanied by seasonal vegetables, bean soup, as well as soups of barley and spelt. When Cleopatra wanted to kick things up a notch, she dined on fish from the Nile, mutton, cakes made from figs and nuts (covered with honey). 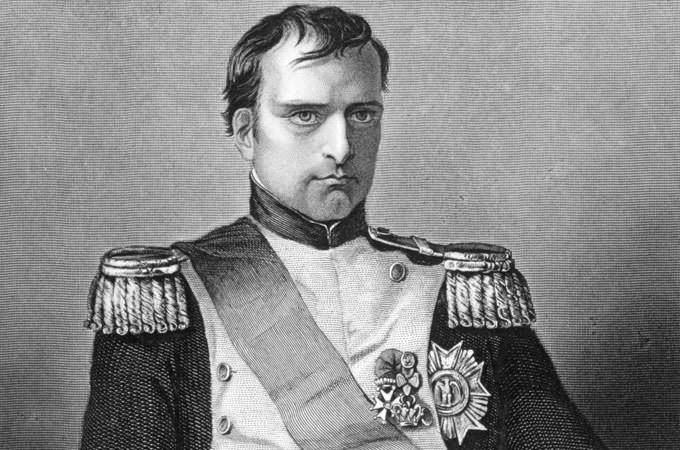 Napoleon Bonaparte was a man of simple origin, and he liked to feast in the same way. He also suffered from gastritis, so he had to eat lighter, more frequent meals than his peers.

The conqueror preferred simple and essential meals such as potato soup, beans and onions.

His favorite dish was Marengo Chicken, which was actually created especially for him, in the most unusual time and place for creating a dish – on the battlefield of Marengo.

Allegedly, Napoleon hadn’t touched food all day waiting for the battle to end, and his cook sent his help to gather food from the houses nearby. The cook’s help came back with only a small chicken, some shrimps from the river, eggs, garlic and tomatoes.

A genius in his own making, the cook prepared the chicken in garlic, added the tomatoes and embellishes the plate with fried eggs and boiled shrimp, while adding some cognac to it. It’s fair to say that Napoleon loved it. 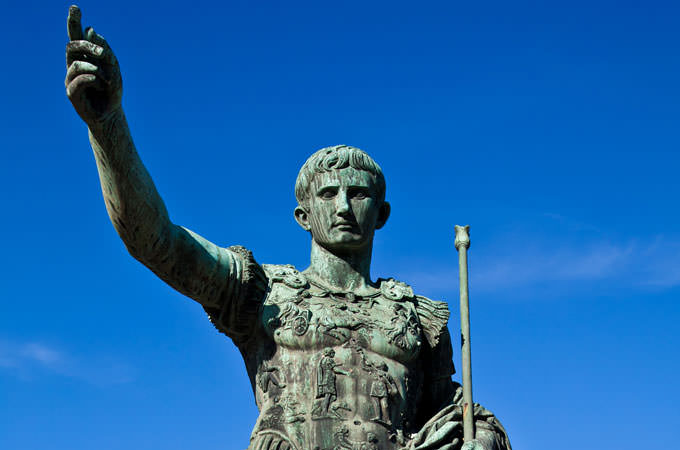 Julius Caesar was a man who many admired but also feared, and frankly, for good reasons. As most Romans, Julius enjoyed wining and dining, and he was (and still is) known for having great taste and appetite.

One of his favorite dishes to bite on is still popular today, and it’s no wonder since one of the best-known emperors ate it whenever he could.

The meal consisted of pork shoulders, cooked with apples, onions, honey, vinegar, red wine, spices, and anchovy sauce which was used instead of salt.

This tasty dish was accompanied by homemade chicken liver pate, with wild apple jelly. Julius Caesar also enjoyed topping the dish off with a creamy ricotta with honey and cinnamon in a crisp, almond-flour crust. 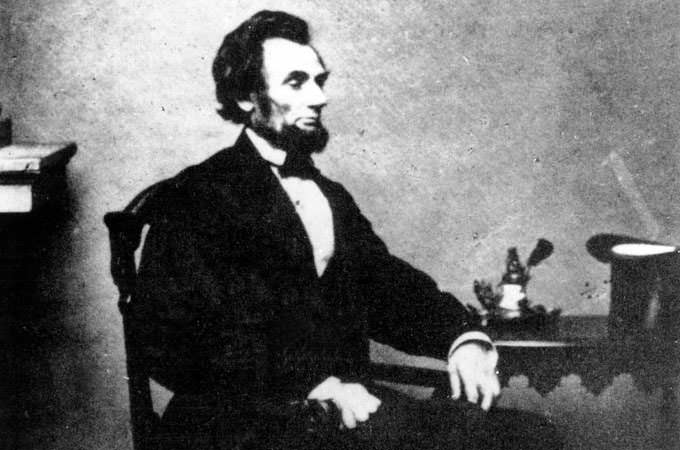 Who says that leaders have to love pompous meals?

Much like Napoleon, Lincoln served exquisite, extravagant meals at state dinners but preferred to eat simple foods when he had the chance.

The man who saw all people as equals very much enjoyed the simplest ingredients as apples, coffee, and bacon, so naturally, breakfast was his favorite meal of the day.

The only food that Honest Abe enjoyed that you could possibly call “not so ordinary” perhaps were oysters, and that was never so obvious as during the banquet after his second inauguration.

Oysters, in both stew and pickled form, were just one of the foods available at the ball, but they were definitely the most popular that night. So popular in fact, there wasn’t enough of them for all of the guests. 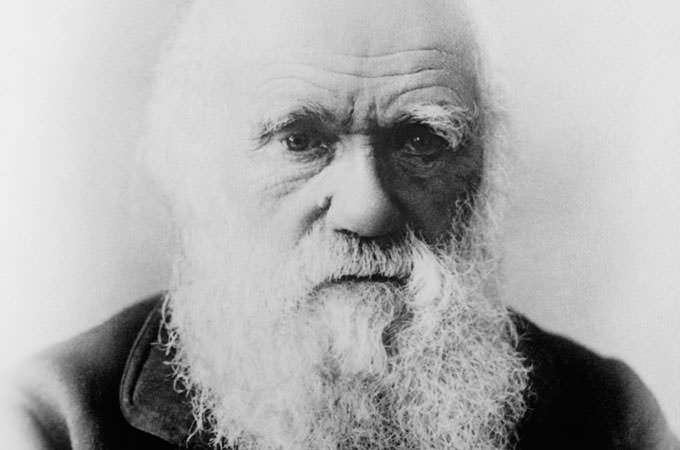 Charles Darwin had a thing for species of all kinds, and that included tasting them. Darwin was a truly unusual foodie, with a distinctly scientific approach to eating.

The man just loved digesting the rarest species! He was even the president of the Glutton Club at Cambridge during his student days.

The Club met weekly in order to seek out and eat “strange flesh,” which included eating hawk.

One of Darwin’s favorite unusual dishes was armadillo meat, which he said tasted and looked like duck, and it was “the best meat he ever had.” We’ll trust him on that one.

During one particular Christmas dinner, Darwin realized that the fowl he was eating was an extremely rare “petise,” so he quickly jumped up in the middle of the meal and tried to scrape together the remaining wing, head and neck for experiments. Who needs table manners when you’re a genius? 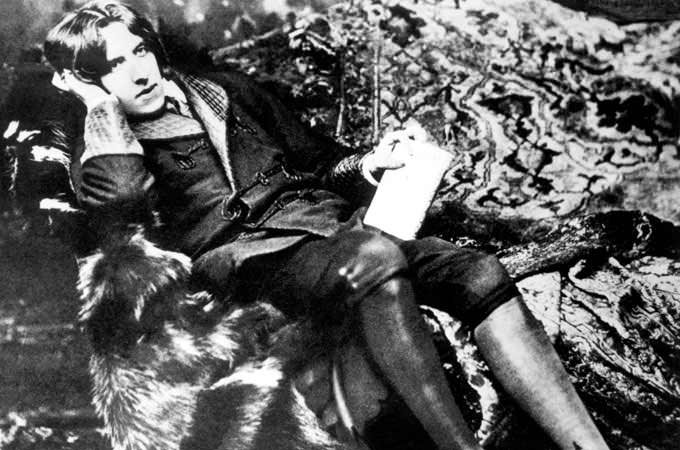 The quintessential bad boy, Oscar Wilde grew up eating well thanks to his wealthy family’s financial situation which allowed him to taste the most extravagant dishes at the time.

He enjoyed dining so much that food played a significant part in his works, through numerous anecdotes and references.

The writer traveled all over the world, and took men out for fancy dinners. Although his biggest love was champagne without any doubt, he also enjoyed solids (what a surprise, eh?).

Wilde mostly enjoyed duck, accompanied by various side dishes, but he also didn’t have any problems with eating simple dishes with miners and other working-class people he met while on his travels. 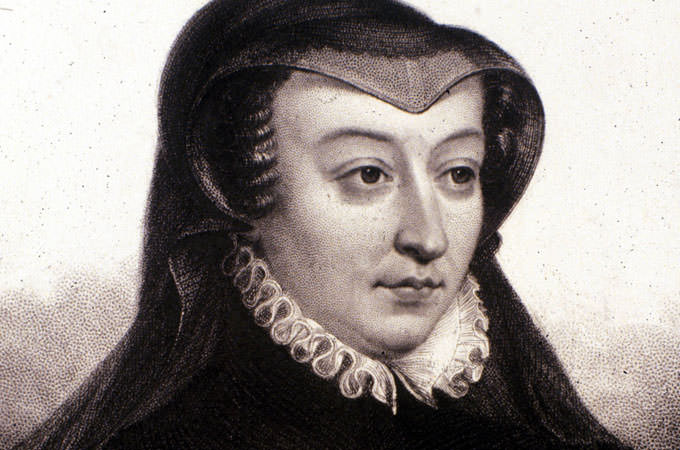 Catherine de’ Medici, the Queen of France, quite possibly popularized the use of forks in her court and beyond.

However it may seem weird today, utensils weren’t that popular even in the highest levels of society at the time.

The Medici’s were one of the most influential families in their time, and Catherine knew how to present the high Italian society from which she originated in proper fashion.

Catherine was a trendsetter in her own time, which included setting new food trends as well. If you wanted to get close to the Queen, you had to love the food she loved, which wasn’t that big of a problem really. Catherine enjoyed all kinds of desserts, pasta, fruits or vegetables that weren’t common in France, thus putting her own little stamp on the now-famous French cuisine. 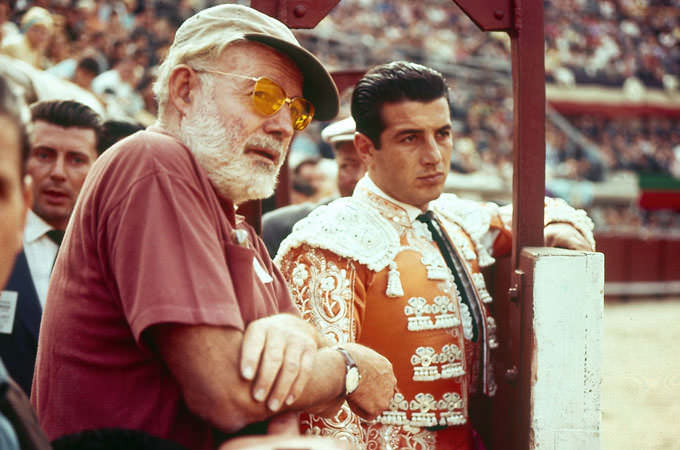 One of the greatest and most popular writers of all time, Ernest Hemingway loved to dine on French food and wine.

However, he also liked to try all kinds of meals that extended beyond European borders. Much like Wilde, Hemingway’s love for food played an integral role in his works.

He wrote about the proper way to fry up a fresh-caught trout early in his career.

The well-known writer loved him some highest-quality oysters, fish, and shrimp he could find, preferably from Paris, and he ate those whenever he could. Naturally, it was all washed down with a nice bottle of wine (French, of course).

If anyone had a sweet-tooth, it was one of the greatest artists of our time. Artist Andy Warhol wasn’t really a healthy eater.

He greatly preferred sugary treats over savory foods. Perhaps those treats were exactly what brought his pop art into the world.

As an unusual man as he was, Warhol would patronize bakeries and devour entire birthday cakes all on his own.

Wherever he went, he brought candy, cookies and gum with him, sometimes even whole suitcases of them. When it came to fancy dinners he frequently attended, it was said at the time that he skipped extravagant meals and went straight to sweets. 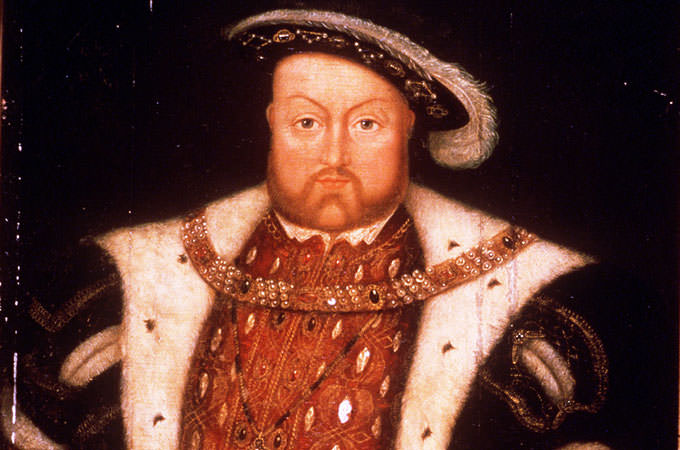 He was known to throw huge feasts and parties which he enjoyed immensely.

On those parties, all kinds of foods were served, from the quintessential English meals at the time to the most exotic dishes that the English court has ever seen.

The King absolutely loved to bite on grilled beaver tails, swan, whale, peacock, but he wouldn’t exactly pass on chickens, pigs, and cows. Henry VIII could possibly be the biggest foodie in all of British history, a trait that his daughter Elizabeth I inherited. Maybe it’s a genetic thing, who knows? 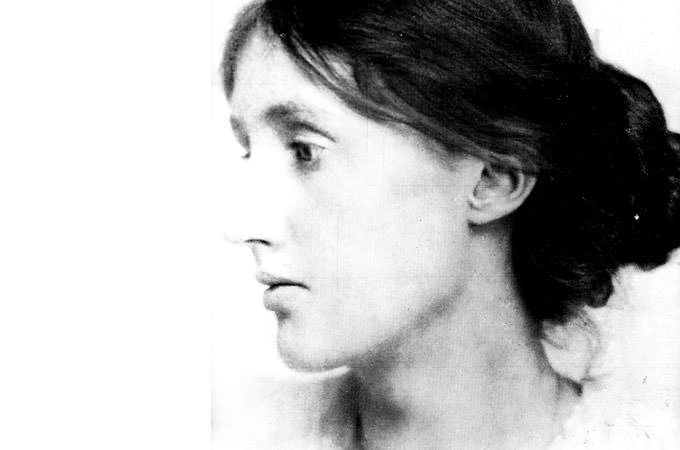 Virginia Woolf was another writer who thought that food was an essential part of creativity, and much like her colleagues, she included her love for dining in most of her works.

Possibly one of her most-known quotes, “One cannot think well, love well, sleep well, if one has not dined well,” beautifully captured the author’s love for nibbling.

In one of her greatest books, Room of One’s Own, she wrote lengthy descriptions of fictional meals that would make any gourmet blush of envy.

Her love for the French cuisine had no boundaries, and she could often be seen dining on Boeuf en Daube a la Niçoise, a very popular dish at the time. This meal consisted of beef, shallots, peppercorns, and other delicious ingredients, mostly accompanied by a bottle of hearty red wine from the Rhone region. 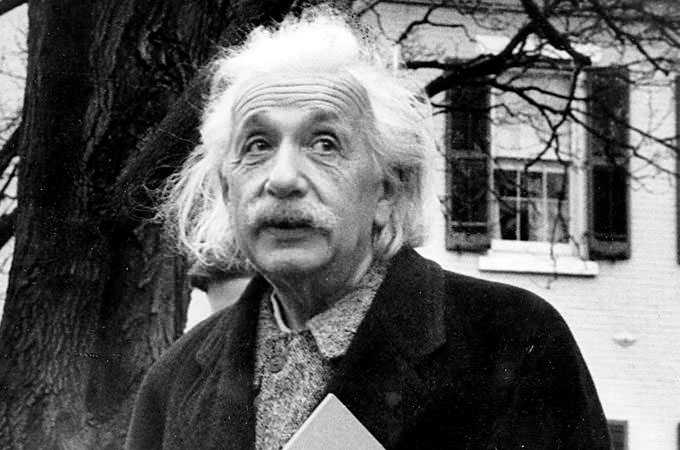 The mind needs fuel in order to function properly, and the best example for this could quite possibly be the famous scientist Albert Einstein.

One of the greatest minds of all time, Einstein apparently ate meat for most of his life before he became a vegetarian in the last year of his life.

However, he appears to have supported the idea for many years before trying it out himself. He even wrote in a letter to a friend that “man was not born to be a carnivore.”

He was known in his time as what we would call a foodie nowadays, and allegedly, he mostly enjoyed foods form the Italian cuisine. It is said that his favorite meals were fettuccine and spaghetti. 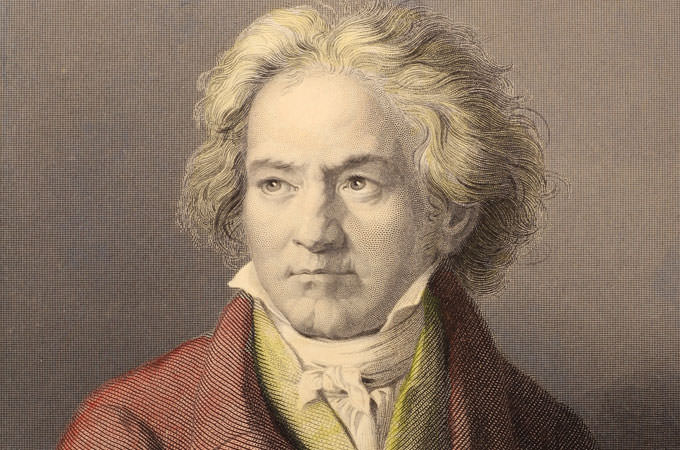 One of the greatest composers ever, Ludwig Van Beethoven had a thing for soup. He once stated that “only the pure in heart can make a good soup.”

No wonder he loved soup so much, since he suffered from financial troubles for the huge majority of his life, and soup has always been the easiest and cheapest meal to make.

His favorite one was soup with twelve drowned eggs. Beethoven also enjoyed macaroni with butter and cheese, and he always chose fish over meat.

The composer’s absolute favorite dish was pollock with potatoes, washed down with flat water and light Austrian wine. After a meal, he would go back to his piano and play until the wee hours, thus often skipping supper. 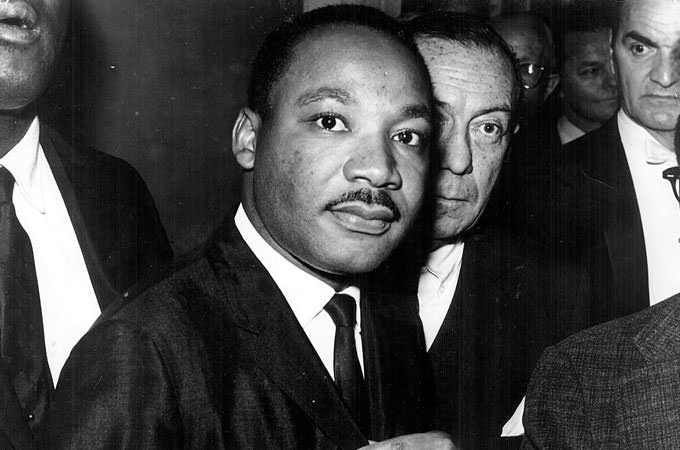 One of the greatest fighters for equality, Dr. Martin Luther King, was a foodie in his own making.

After a long day of changing the world, Dr. King would enjoy a nice home cooked meal if he had the chance.

As a man from the South, his background influenced his love for food types greatly.

His favorite dishes could (and still can) be seen on Southern dinner tables, such as fried chicken, ham, sweet potatoes, with the main dish always accompanied by two kinds of greens and Crowder peas. For desert, Dr. King loved some sweet potato pie, and honestly, who doesn’t? 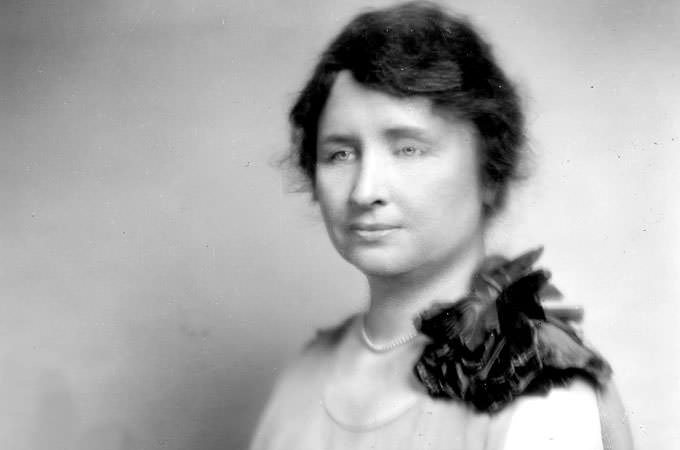 Unusually enough, one of Helen Keller’s most favorite foods was the hot dog. Yup, a hot dog.

There was no extravagant meal that could ever take the place of such a simple meal in Keller’s life.

Keel would eat hot dogs as often as she could, and her love for this meal was a true reflection of her life’s philosophy: “life can either become a daring adventure or it can become nothing at all.”

Maybe she tasted something that no one else did, due to her being “short” for two human senses. Perhaps we should all take time to appreciate every meal as she would, with closing our eyes and blocking out the sounds around us.

That definitely sounds like a proper way to fully enjoy each flavor in a particular dish. We’ll certainly give hot dogs “a la Helen Keller” a try.